Preloaded foundation treatment technology is a method of treating the foundation by applying load to the soil layer before the load of the building is applied, so that the soil layer can be consolidated, the strength can be increased and the deformation can be reduced. This foundation treatment method is suitable for treating deep soft soil and filling soil foundation, and has the characteristics of fast consolidation, simple construction technology and good effect.

preloading Foundation treatmentTechnology is in the soil self-weight consolidation is not completed or predicted the settlement of the building is too large, in the building load before the application of load on the soil layer, so that the soil consolidation, increase the strength and reduce the later deformation of the treatment of the foundation method. This foundation treatment method is suitable for treating deep soft soil and filling soil foundation, and has the characteristics of fast consolidation, simple construction technology and good effect.

On soft soil foundation, if the load acting on the foundation is less than the failure load of the foundation, the pore water pressure of saturated soft clay will dissipate under the load, and the foundation will drain and consolidate, and the shear strength of the soil will be improved accordingly.

Whether PRELOADING can meet the actual effect of engineering requirements depends on the consolidation characteristics of the soil layer, the thickness of the soil layer, the magnitude of preloading load, and the preloading time. In order to shorten the construction period and reduce the prognostic settlement of buildings, the measures such as overloading preloading and setting drainage sand Wells and drainage boards in the soil are commonly used in engineering.

The DESIGN OF PRELOADED FOUNDATION SHOULD BE BASED ON THE SOIL QUALITY, CONSOLIDATION CHARACTERISTICS, soil thickness AND local EXPERIENCE TO SELECT THE PRELOADED method, determine the size OF PRELOADED load, PRELOADED time and the time to shorten the construction period. 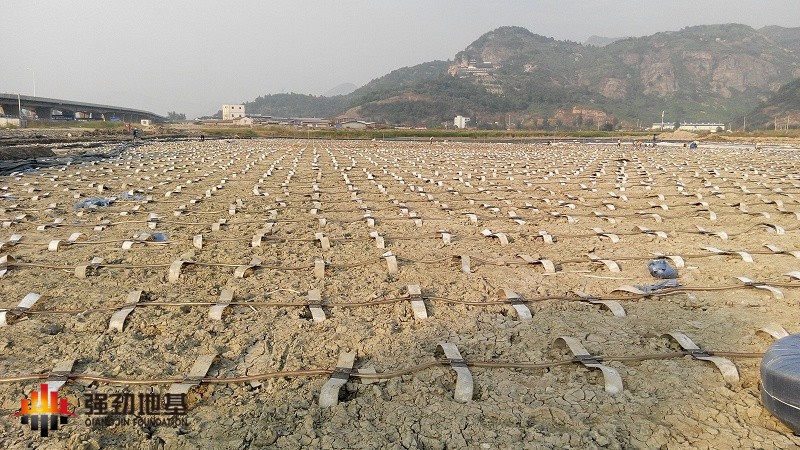